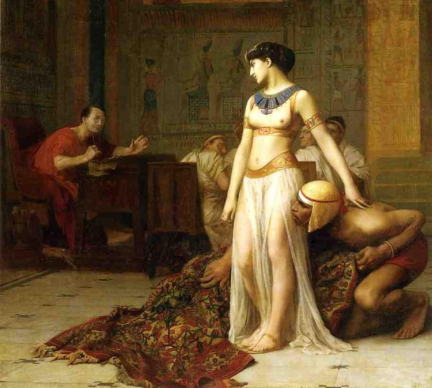 The last true pharaoh of Egypt, Cleopatra VII (69-30 BC) has been immortalised through centuries of art, music and literature for her great physical beauty and love affairs with Julius Caesar and Mark Antony.

Cleopatra was much more than the femme fatale or tragic heroine history often portrays her as: she was a fearsome leader and brilliantly astute politician. During her rule between 51–30 BC, she brought peace and prosperity to a country that had been bankrupt and split by civil war.

Here are 10 facts about Cleopatra, the legendary Queen of the Nile. 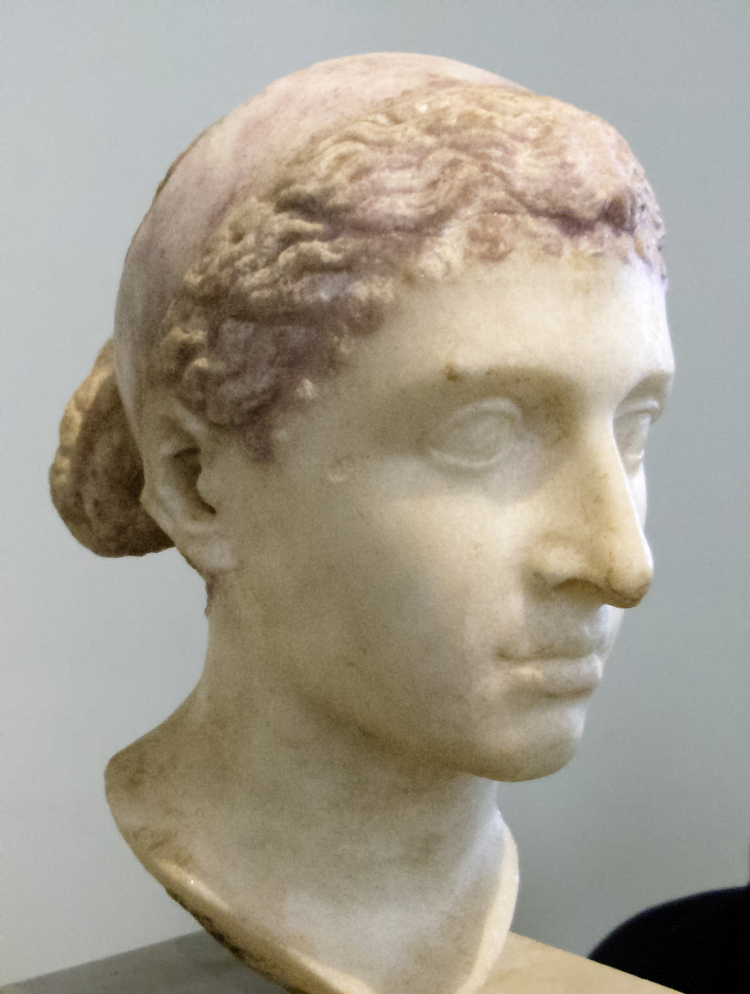 She was a descendant of Ptolemy I ‘Soter’, a general and friend of Alexander the Great. The Ptolemies were the last dynasty to rule Egypt, from 305 to 30 BC.

2. She was highly intelligent and well educated
Medieval Arab texts praise Cleopatra for her accomplishments as a mathematician, chemist and philosopher. She was said to have written scientific books and, in the words of the historian Al-Masudi:

She was a sage, a philosopher, who elevated the ranks of scholars and enjoyed their company.

She was also multilingual – historical accounts report her speaking between 5 and 9 languages, including her native Greek, Egyptian, Arabic and Hebrew.

3. Cleopatra married two of her brothers
Cleopatra was married to her brother and co-ruler Ptolemy XIII, who was 10 years old at the time (she was 18). In 48 BC, Ptolemy tried to depose his sister, forcing her to flee to Syria and Egypt.

Upon Ptolemy XIII’s death after being defeated by her Roman-Egyptian armies, Cleopatra married his younger brother Ptolemy XIV. She was 22; he was 12. During their marriage Cleopatra continued to live with Caesar privately and act as his mistress. 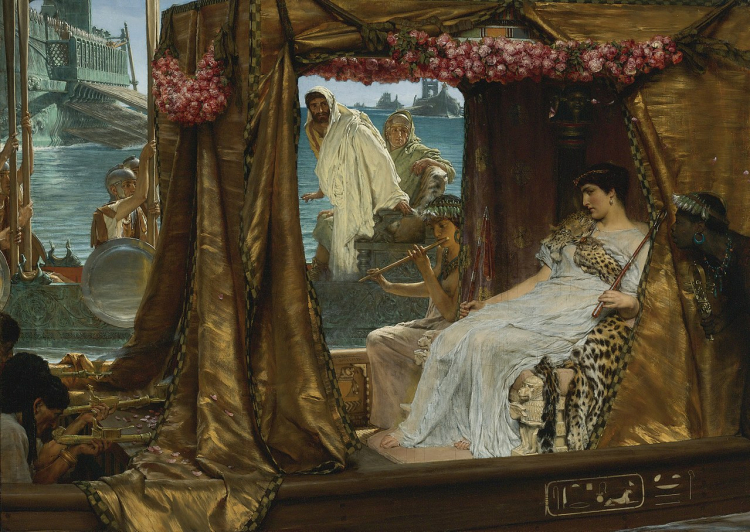 She married Mark Antony in 32 BC. Following Antony’s surrender and suicide after being defeated by Octavian, Cleopatra was captured by his army.

The legend goes that Cleopatra had an asp smuggled into her room and allowed it to bite her, poisoning and killing her.

4. Her beauty was the product of Roman propaganda
Contrary to modern portrayals from Elizabeth Taylor and Vivien Leigh, there is no evidence among ancient historians that Cleopatra was a great beauty. 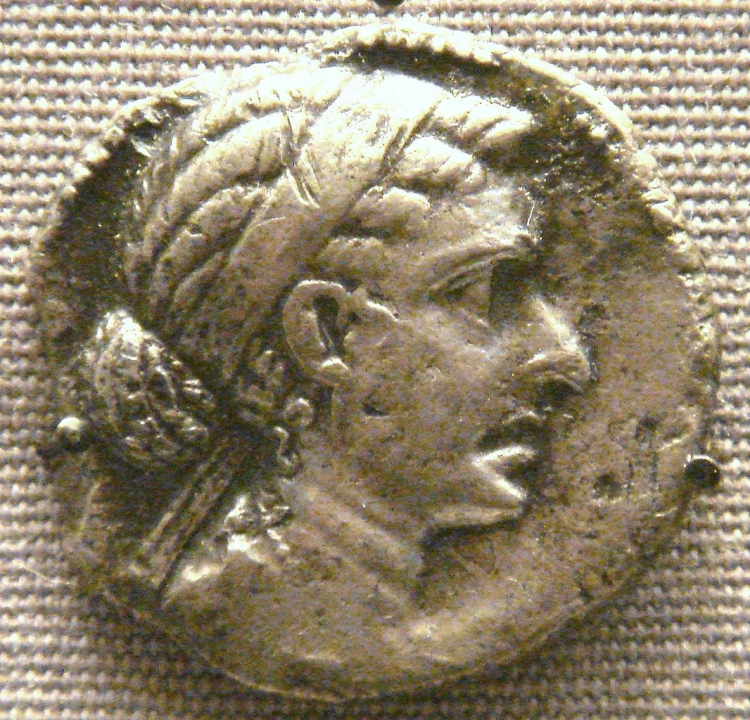 Her actual beauty…was not so remarkable that none could be compared with her.

Her reputation as a dangerous and seductive temptress was in fact the creation of her enemy Octavian. Roman historians portrayed her as a harlot who used sex to bewitch powerful men into giving her power.

5. She used her image as a political tool
Cleopatra believed herself to be a living goddess and was keenly aware of the relationship between image and power. Historian John Fletcher described her as “a mistress of disguise and costume.”

She would appear dressed as the goddess Isis at ceremonial events, and surrounded herself with luxury.

6. She was a popular pharaoh
Contemporary Egyptian sources suggest that Cleopatra was loved among her people.

Unlike her Ptolemaic forebears – who spoke Greek and observed Greek customs – Cleopatra identified as a truly Egyptian pharaoh.

She learned the Egyptian language and commissioned portraits of herself in the traditional Egyptian style.

7. She was a strong and successful leader
Under her rule, Egypt was the richest nation in the Mediterranean and the last to remain independent from the rapidly expanding Roman Empire.

Cleopatra built up the Egyptian economy, and used trade with Arab nations to bolster her country’s status as a world power.

8. Her lovers were also her political allies
Cleopatra’s relationships with Julius Caesar and Mark Antony were as much military alliances as romantic liaisons.

At the time of her meeting with Caesar, Cleopatra was in exile – cast out by her brother. Caesar was to arbitrate a peace conference between the warring siblings.

Cleopatra persuaded her servant to wrap her in a carpet and present her to the Roman general. In her best finery, she begged Caesar for his help to regain the throne. 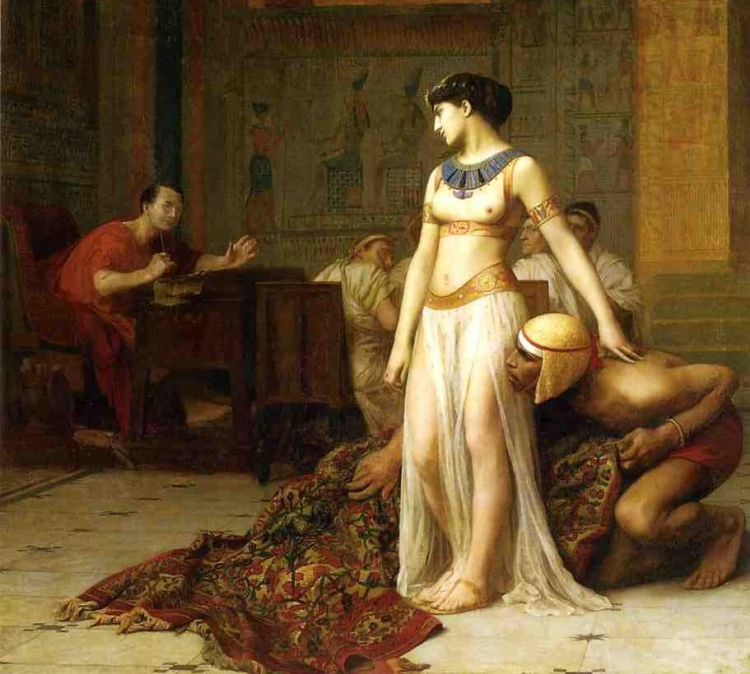 By all accounts she and Mark Antony were truly in love. But by allying herself with Octavian’s rival, she helped defend Egypt from becoming a vassal of Rome.

9. She was in Rome when Caesar was killed
Cleopatra was living in Rome as Caesar’s mistress at the time of his violent death in 44 BC. His assassination put her own life in danger, and she fled with their young son across the river Tiber.

Upon her return to Egypt, Cleopatra immediately took steps to consolidate her rule. She had her brother Ptolemy XIV poisoned with aconite and replaced him with her son, Ptolemy XV ‘Caesarion’.

10. She had four children
Cleopatra had one son with Julius Caesar, who she named Caesarion – ‘little Caesar’. After her suicide, Caesarion was killed under orders by the Roman emperor Augustus.

None of her descendants lived to inherit Egypt.